Supply Chain Disruption: How COVID-19 Stacks up Against SARS

The question is important and must be asked: Will COVID-19 affect supply chains and global business to a greater or lesser degree than SARS did in 2003?

Viral Disruption in the Supply Chain: COVID-19 vs SARS

With the Coronavirus disease, COVID-19, daily infecting more and more people in China and many other parts of the world, economists and analysts are scrambling to predict its longer-term impact on global business in general and on supply chains in particular.

Because the 2003 outbreak of the Severe Acute Respiratory Syndrome (SARS), originated in China, as COVID-19 did last December, comparisons are not only inevitable but also useful.

While expert observers differ on what they believe will be the extent of the COVID-19 impact, all agree that the virus will affect the world economy to a much greater extent than SARS did in 2003.

Comparisons Between SARS and COVID-19

There are several similarities, but even more differences, between the two viruses.

Is COVID-19 a Bigger Threat to the Global Economy Than SARS Was?

Estimates vary regarding the cost of the SARS virus to the global economy, but economists have generally settled on a figure of about $40 billion.

For COVID-19,one analyst believes the impact of the outbreak could be felt for as much as two years and cost up to $400 billion for business supply chains.

The Harvard Business Review opines it is safe to predict that the impact of the latest virus “is at least an order of magnitude larger than that of SARS”.

For its part, Moody’s Analytics concludes that COVID-19 poses a “significant threat” to the global economy, adding, however, that under the most likely scenario, the contagion will cause only a “temporary” hit.

London-based data analytics firm IHS Markit, describes COVID-19 as “the most significant black swan of 2020”. It predicts that the epidemic will lower the Chinese real GDP growth to 5.4 percent in 2020 but that Beijing’s economy will begin bouncing back by Q2/Q3. Globally, however, it warns that trade flows and logistic networks could be severely disrupted due to the prolonged production shutdowns.

What’s Different This Time Around?

Analysts point to the following differences in circumstances concerning the COVID-19 outbreak in December 2019 compared to the SARS epidemic in 2003, which they say could increase the chances of a deeper global economic crisis:

1) Since 2003, China has more than doubled its share of trade with the rest of the world and many more global supply chains are now heavily dependent on that country.

2) China’s GDP represented 4.31 percent of global GDP in 2003. Today China represents about 16 percent of world GDP—an almost four-fold increase. The International Monetary Fund estimates that China accounted for 39 percent of global economic expansion in 2019. In other words, any pressure on China’s growth now would hit the global economy harder than in the past.

3) Unlike the SARS outbreak, which the Chinese authorities initially attempted to cover up, China has been upfront about COVID-19 and responded rapidly to the crisis by sealing off the city of Wuhan, ordering factories closed, and severely restricting the movement of tens of millions of people. The disruption to supply chains has consequently been significant and Western companies are already facing stock-outs and shortages of crucial components.

The Truth is, No One Really Knows How it will all End

Some forecast a pandemic that will sweep the world, kill tens of thousands, and cripple the global economy for years to come. Others say COVID-19 is no more than another form of flu that will be with us for a long time to come and that we must learn to live with it.

The bottom line is, it is too soon to estimate what the full impact of the epidemic will be. But it is clear that it will ravage the global economy more than SARS ever did.

Editor’s Note: This post was originally published in March 2020, under the title “Viral Disruption in the Supply Chain: COVID-19 vs SARS” in Logistics Bureau’s website. 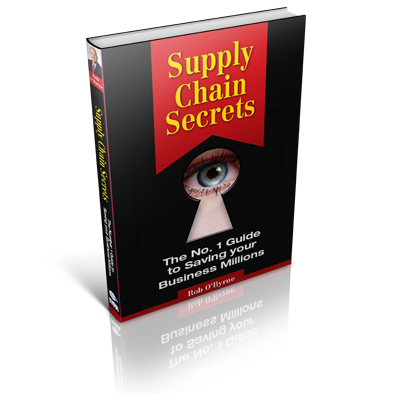