How to Prepare for a New Step on Your Career Path

A few posts ago on this blog, I shared some tips for identifying your career development needs. If that post was relevant to you, by now you’ve hopefully been working hard on your personal development and are starting to think about taking the next step on your career path.

Of course not everyone wants a promotion, but if you’re ambitious and know you have more to offer than your current position permits, the following tips will help you begin preparations for a step up in your company hierarchy.

Make Sure You’ve Been Playing Your A Game

In my previous post on this topic (How to Identify Your Career Development Needs), I suggested that in addition to following the tips provided, you should make the effort to become known as someone who exceeds expectations. I had a good reason for mentioning this.

Plenty of misguided employees reach a point where they believe a promotion is due, regardless of their current performance.

A senior manager in your company is not going to consider an employee for promotion unless that employee has excelled—every day—in her current role. You’ll not be perceived as someone ready to be promoted into a bigger job if you aren’t acing the one you have. That’s why the first step in preparing to advance your career path is to play your A game and consistently exceed what’s expected of you.

Prepare Yourself for the Role You Want

If you’ve excelled in your current position, you won’t be a position where you are overwhelmed. Therefore you’ll have some available bandwidth to take on additional tasks. Use that bandwidth to research the role you plan to move into (presumably you have a role in mind and aren’t just setting your sites on “any promotion”).

When you’ve done your research, refer back to my previous post and follow the tips for identifying development needs, but this time focus on the gaps you need to fill to be ready for the position you seek.

Your chances of promotion will be greatly enhanced if your future boss can see how proactive you’ve been in making yourself the right candidate—which brings us nicely to the next move in advancing your career path, which is …

Build Your Case and State it

There is a big difference between expecting a promotion and making a case for it. There is no harm in approaching the head of department and asking for a promotion, as long as you present a rational and convincing case as to why you deserve it.

Too many employees hold back their own career path by being too timid to stand up and ask for what they want. Of those who do, too many present reasons like “I’ve worked hard” or “I’ve been in this job for x years now”. But you are going to step up and make your case the right way—right?

That means you’re going to make a case which you can explain quickly and in simple terms, which tells your prospective boss how your promotion will help her, her team, and the entire company.

It’s just simple logic. You are going to ask a senior manager to invest in you. If you want her to do so, you need to demonstrate the value in doing so and the return you will provide on that investment.

For example, you’ve already been proactive and gained some of the necessary skills to fill the position (which means you will be productive much sooner after your appointment than someone who needs extra training). Of course you also need to state other reasons why you will be an excellent choice for the position you seek, all of which should focus on the benefits to the company.

That’s it! Once you’ve made and stated your case, you can only get back to work, continue to excel in your current role and hope for the right result. Unless you’re applying for a position that’s open and advertised, it’s unrealistic to expect an answer right away.

Give your prospective boss time to think about your proposal and, if you’ve made a good case and prepared yourself well, good news will hopefully come your way soon enough.

Trust me; by preparing and then making a proposal in the first place, you’ve improved your chances of promotion greatly, compared to the employee who simply works hard and hopes to get noticed. Now go out and grab that promotion. I wish you every success with the next step on your career path. 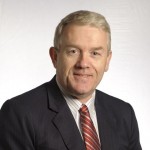